When I called the bottom in gold on August 16th last year, I thought a quick and fast bounce back towards 1,300 USD was most likely. But instead, gold took its time to establish a multi-months turnaround pattern.

Finally, gold's real move up began in mid of November and it has been steadily climbing higher until now. End of January the psychological resistance around 1,300 USD was finally taken and now its seems as if gold might even run towards 1,350 - 1,365 USD before this bull wave will end. 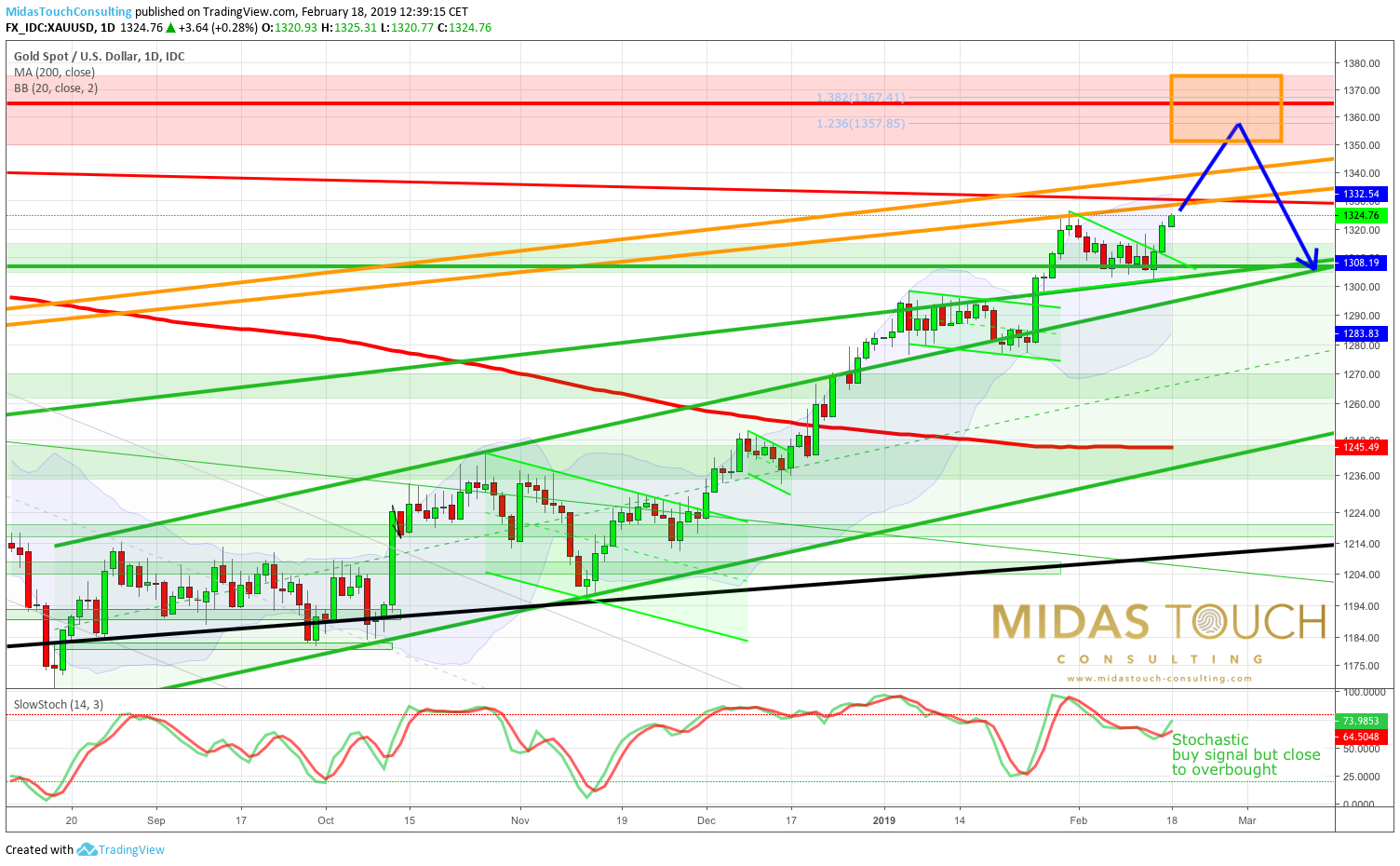 Make sure to pay yourself when the gold market makes money available. The coming pullback that should start somewhere in early spring might suddenly wake up the sleepy volatility in gold and push prices back towards and below 1,300 USD initially.

And statistically the seasonal pattern for gold points to a top in early March followed by two weaker months with lower highs. In May the precious metals sector usually slips into more challenging territory and often faces strong down moves into June/July...